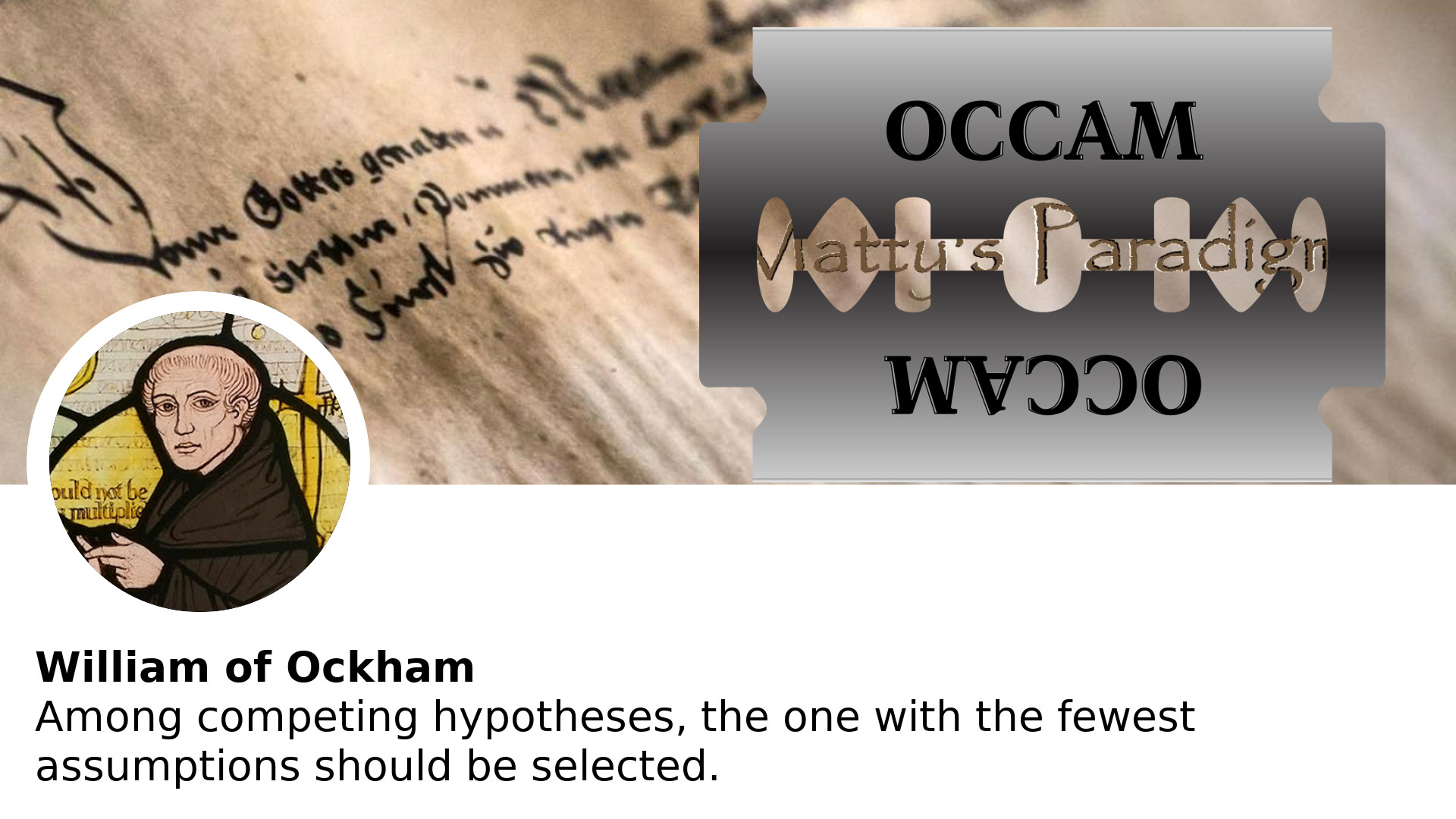 Occam’s razor used to crop up frequently in the discussion on Twitter as if the atheist science trolls (ASTs) were appealing to a deity. As such it’s listed as a major deity in the atheist pantheon. Since we’ve begun pointing out the elemental flaws in the value of Occam’s razor, and shown how it disproves both heliocentricity and the origin of species by evolution this gives us a predictive testable hypothesis. As you may expect the ASTs have been backpedaling quite hard. This is now the prevailing attitude regarding Occam’s razor:

“Occam is a philosophical tenet, not scientific. Science doesn’t defer and call something true because it’s simple. It’s about prioritizing effort.”